EMAIL
How our agile work culture makes for flexible careers

A career break or change often means a change of employer, but it doesn’t have to be that way. We talk to two of our people about how our workplace flexibility enabled them to explore new opportunities at the office and in their personal lives.

My husband is Irish, and his parents are getting quite elderly. He is one of six kids, and all his siblings live in Ireland. So when his employer offered him redundancy last year, we saw this as a chance to go and spend some time with his family.

I had been with Charter Hall a few years, and I knew that the company offered the option of a career break as part of their menu of benefits, provided your manager approves and the timing is right for the business.

I was in a senior group analyst role with the finance team at the time, so I spoke with my manager and the CFO about it. They were both really supportive, and agreed to me taking a six-month sabbatical.

Having that much time off allowed my husband and I to move to Ireland. We lived in a house next door to my parents-in-law, which gave us the opportunity to spend a lot of time with them and also to travel and see a lot of Europe.

During the conversations around my career break, I had also mentioned to management that I would be open to looking at other opportunities within the company on my return. I was at that stage in my career where I was ready to try the next thing, and I felt I had probably learnt as much as I was going to in that role.

While we were in Ireland the company contacted me and asked if I would like to learn about a different part of the business, and they offered me a senior fund analyst role that was coming available with the office team. So that’s where I started work when I returned, and I've been in that role for six months now

It's fantastic that the work culture here allows that kind of flexibility. And yet it's also a very high-performance and accountable environment.

I find people sometimes make the assumption that a workplace that's a bit more fun or creative doesn't perform as well, but that’s not the case here. We are all very focused on delivering for our investors and tenant partners and when things need to get done, we get them done.

I joined Charter Hall in 2017 as an intern with the people team, working three days a week. At the same time, I was studying law and commerce.

After I graduated from uni I joined the people team full time, but I needed to do 75 days’ supervised legal work experience in order to become a lawyer.

So one day I took a chance and collared our general counsel, Mark Bryant, in the lift and said ‘Hi, I've been studying law and I need some work experience, are you happy to let me come work in your team two days a week?’

I really wasn’t sure how he would react, but he was really supportive. And thankfully, so were the people team. The company created a split role for me, where I worked two days a week for the legal department and three days a week in the people department.

I did that from November 2017 to June 2018 and it was a great time, in that I would alternate from creative to analytical and back each week.

When I was admitted as a lawyer in May 2018, I asked Mark if it would be possible to become a full-time member of his team.

It was a bit of a long shot, I knew that legal counsel roles are very seldom given to people in their first year out of uni, that kind of job typically requires around four years’ post-qualification experience.

So when he agreed to create a role for me, I saw it as a real vote of confidence in me by the company. It was a big ask on my part, and a big commitment on theirs.

I’m loving being on the legal team. Being really junior I obviously have lots of questions, and everyone is always available when I seek help. They give me autonomy and place trust in me, and they mentor but don’t micromanage me.

Currently, I'm on a secondment to a law firm. I was nominated for the 500 Women in Property program, and Mark paired me up with a mentor from Clayton Utz.

She asked if I would be interested in a reverse secondment and I jumped at the chance, so now I am basically doing two jobs at the same time, working there four days a week and one day back at Charter Hall. It’s very challenging, but it’s been really worthwhile.

I must admit, I had expected the corporate world to be more self-interested and inflexible. I wasn’t sure such a career move within the company be possible, and I was worried that maybe the people team wouldn’t be happy to let me move, or might make me feel guilty about leaving. But everyone has supported me the whole way. 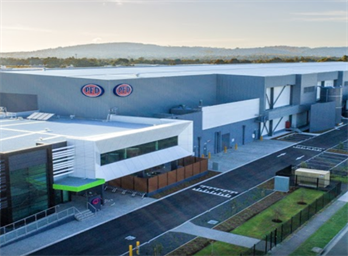 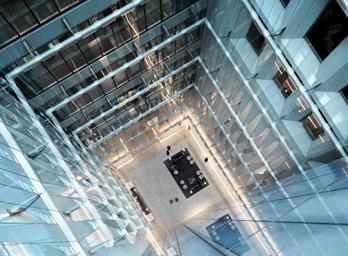 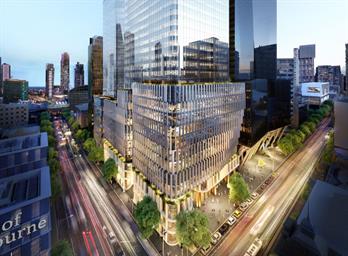