The centre of Australia’s fastest growing region. The CBD with the lowest A-grade office vacancy rate in the nation... The site of Australia’s first government house… and Australia’s next luxury Hilton brand hotel. The location of Australia’s earliest inland settlement. A place originally known by local indigenous inhabitants as Burramatta – meaning head of waters or a place where eels lie down.

Why is it of potential interest to Nestegg readers?

Because of the pace of growth here and the potential investment opportunities. In my area of responsibility at Charter Hall, which is one of Australia’s largest integrated property companies, those opportunities relate to prime, investment-quality commercial office buildings. Importantly they are properties that individual investors, and SMSF members and SMSF trustees have the opportunity of adding to their nest egg or retirement investment portfolio. But more of that in a moment.

The statistics around Parramatta are quite overwhelming and no one article or blog can do justice to the pace of change in Parramatta.

The recent ‘Parramatta 2021’ report by PricewaterhouseCoopers(PwC) for the Parramatta City Council found that the Parramatta CBD economy is set to jump from its current level of $23 billion to $30 billion (gross regional product) by 2021 and that the economic growth rate of the area will nearly double from 2.4% pa to 4.6% pa in the next five years.

It’s happening across the board in Parramatta.

The new Parramatta Light rail is under construction, as is a new fast metro rail between Sydney CBD and Parramatta – with a 20-minute travel time between Sydney’s two CBDs; a new $300 million football stadium opens in 2019, a major new arts facility on the site of the Riverside theatre is planned, the new $600m Powerhouse Museum on the banks of the Parramatta river will open in 2023, and a new Planetarium, which will be Australia’s largest is on the drawing board. (SMH April 27, 2018)

As Sarah Barns and Phillip Mar noted recently in the Griffith Review (July 30, 2018):

“this is the same place where Australia’s identity as an agricultural nation was first forged. Having followed Arthur Phillip down the river in search of arable land, it is where early convicts successfully proved not only the economic viability of the fledgling colony, but their worthiness as free citizens.”

Indeed, it’s where the British government first tested its limits of moral and administrative governance in its new colony through the building of not only the first Government House and James Ruse’s famous Experiment Farm but also factories and yes prisons. Parramatta is alive with development but equally rich in heritage assets, with the Parramatta Heritage Centre in Phillip Street (http://arc.parracity.nsw.gov.au/contact_details/) a good place to start any visit if you are looking for a fascinating primer on the central role of the city in our history.

If you wish to invest in the future of Parramatta, which is how we started this ‘conversation’, the multi award winning Charter Hall Direct Office Fund (often referred in shorthand form as DOF) is worth consideration (subject to your individual circumstances).

DOF offers exposure to three prime commercial buildings in Parramatta CBD: two are  leased to the Western Sydney University on long leases –  one a vertical university campus at One Parramatta Square and the other, at 2 Hassall Street, which will house the Uni’s new engineering faculty is in the planning phase. A third asset of the fund is the new  headquarters of the NSW Government Education Department at 105 Phillip street, 100% occupied on an initial 12-year lease to the government.

DOF is an unlisted or direct property fund. DOF has a current income distribution of 5.8% pa1 paid quarterly and the minimum investment amount is $20,000.

At a time when residential property is generally declining in value it could be timely to consider adding an interest in prime commercial buildings leased to first class tenants on long leases in major capital cities. The portfolio comprises 14 such properties. Beyond Parramatta it includes 68 Pitt Street Sydney, 200 Queen St Melbourne and major office buildings in Brisbane, Perth and Adelaide. 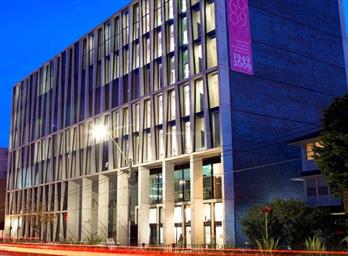 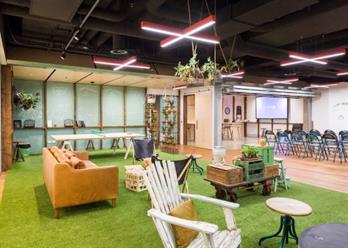